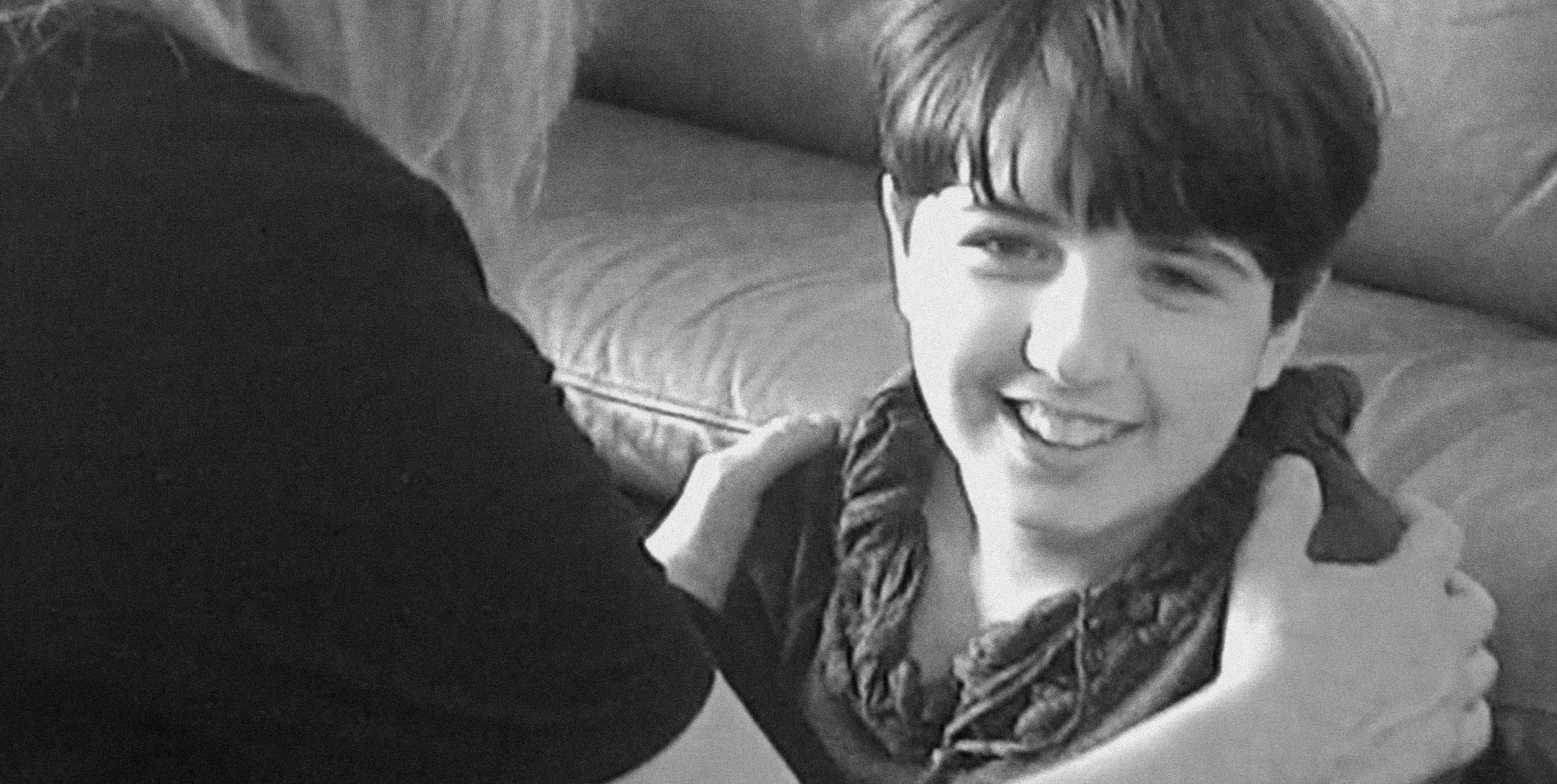 I got to know Thayka three years ago – and from that time on, I observe how Thayka is changing. When I met her, she resembled a terrified wild animal. There was much fear in her – fear, which sometimes diminished, and sometimes grew, turning into panic attacks. Because the world was unpredictable to her, she reacted in a way that suited her, to what she perceived and felt. Adequate for herself, unpredictably for us. . A vicious circle of mutual misunderstanding. Unable to accurately communicate what frightens her, and what gives her relief, she is looking for indirect ways to communicate this to us. Different ways of autostimulation … on one hand she tried to help herself and at the same time give us a message as we can help her. What is common in her way of coping problems is repetition – looking for repetition in both the performance of certain activities and the emanating sound (repetition of the vibration of the sound resonating in the body), focusing on the repetitive monotonous motion of an object …. Thaya was seeking solace in something, repetitive, predictable. Our lessons were all about this. Finding – searching for a kind of touch that will bring relief. The purpose of the lesson – to find the moments in which Thaya feels safe – when her body relaxes,. Thaya later sought this security in her own body. The signals from the body do not scare. . Thaya herself become a shelter and a refuge. . This is what happens, proves that Thaya is changing. By increasing access to herself, Thaya recognized many skills and talents she has. Creation, self-creations – thanks to this art Thayka realizes herself.

Hello!
Thank you for sharing the story of my wonderful daughter – Taysya. I think that the time when she
can write about her own activities with the Feldenkrais method is a step ahead, which she herself
has been waiting for impatiently for months, waiting for each monthly functional integration
therapy courses.
In October, my daughter Taya will be 14 years old. She is very impatiently waiting for this day. She
even marked it in a special calendar where she recently wrote everything she&#39;s been dreaming
about: going out with friends and family to the camp, celebrating their birthdays, her favorite
activities, among them the first of which is functional integration therapy of Feldenkrais.
When she was two years old, she lost the ability to comprehend voice communication, the ability to
point objects with gestures, look into the eyes, and with time she stopped talking completely. In
contrast, strong motor stereotypes, behavioral rituals, vocalisation, hyperactivity, anxiety, problems
with sleep, eating, communication and playing in general appeared. In the third year in the Taya&#39;s
patient card the first record of the main psychiatrist Kiev (Ukraine) appeared mentioning child&#39;s
autism.
Ten years of different therapies (traditional and alternative) were applied one after the other, which
did not make any specific improvement until two years ago, when Taya went to her first classes of
functional integration according to the Feldenkrais method.
Slowly she began to change, which I did not expect in any way. Improving the speech, reading,
writing, counting, etc. Taja started planning their activity for many days and even months ahead,
painting from imagination, playing the piano without notes, and even creating her own
compositions.
We are very happy with her successes! Currently, Taya is working on a bilingual (in Ukrainian and
English) Arnie&#39;s Adventures book, to which she has personally made illustrations, recordings of
texts and music for each party, and although this book does not aspire to a literary work, for all
relatives and friends of Taya, this is a fantastic success of our girl!
Two years ago we could not even dream of it!
It is a shame we have not started practicing Feldenkrais since the first days when Taya had the first
symptoms of childhood autism. It was this method that caused Taya to create their own things,
based on heir own choices. I am sure that the effectiveness of the method is largely due to its non
violent nature. What can not be said about most of the methods with which Taya has worked so far.
That is why I am referring to all the readers of my post, and the parents of autistic children in
particular, to get involved in the Feldenkrais method as soon as possible.
Do not make mistakes with your own special children that I committed. When a child is delayed in
development (speech, psychology, mind), they immediately think it needs intensive
pharmacological stimulation to accelerate brain activity, and many hours of training correctional
habits. I think the intensity of external stimulants is undesirable for our children.
Another mistake committed against children with autism on the physical plane is to consider that
our children are subject to &quot;general compensation&quot;. This means that work with the body and
physical activity is not considered a priority.
I would love to make the parents of children who need special attention, and specialists working
with them pay special attention to the movement awareness and its importance to the child. The best
way to find out how effective a method is is to try it out. That is why I joined the initiative of free
translations into Ukrainian, recording and publication of ATM lectures of Ewa Paszkowska –
Demidowska. I also try to participate Ewa&#39;s workshops and seminars of the Feldenkrais method,
with more and more people helping autistic children in Western Ukraine (Ivano-Frankivsk).
Do not wait with dreams of you and your children!