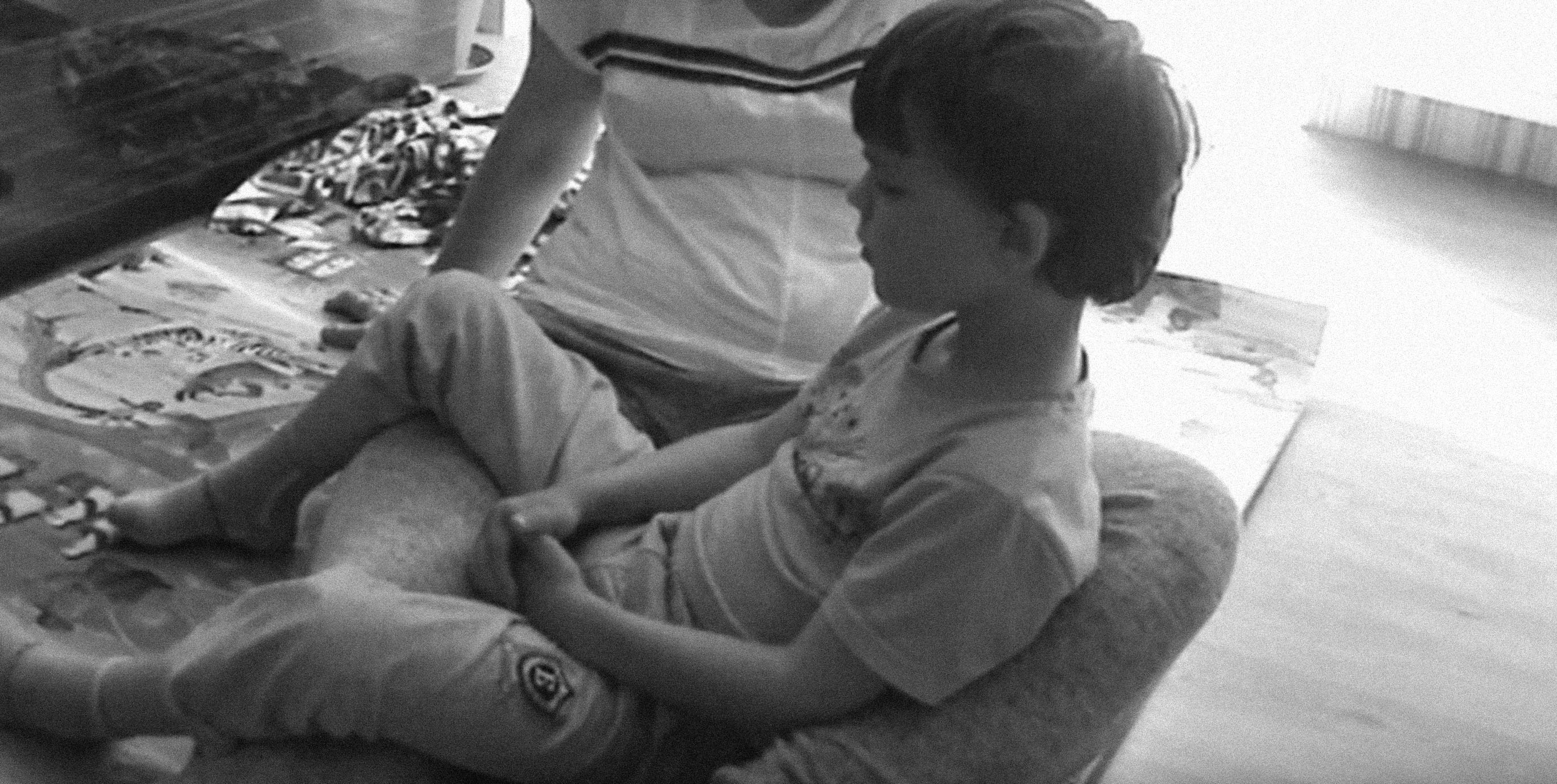 Losha is a mystery, one big question mark. Just as we all – but each of us has a different transparency, with less or more ease we open ourselves to others and let them into our world. This would allow any communication. Losha does the same. He does it every time he finds space in himself. When he finds inner peace. And those moments are fewer than others have. Because autism is internal anxiety, sometimes pain. Autism hurts. * (………) Autostimulation is the way Losha worked out ways to deal with what we can only guess, and what he has to deal with by himself. What causes the sound inside him? If it did not help, he would not waste energy on it. Because Losha is wise. If he produces a specific sound, he does it for something. If he throws himself on the couch he also does it for a certain purpose. That would be a momentary relief. And all of our lessons are about that. As touch, movement finds this moment, this state when Losha feels good being Losha. Feels well in his own body. And when we did that, Losha was very cautious at first, and he was starting to fall into my hands. He showed where and with what force I should touch him. To assist him in inducing an inward motion: vibration – by the movements of throwing, falling, shaking. Our lessons are about learning communication. Communication between Losha and Losha. Looking for comfort moments – so that the nervous system can see what to look for.

My name is Anastasia, my son’s name is Alexei. He is 5 years and 10 months old. Briefly, I would like to describe our birth: Caesarean section, 34th week. We came back home when Losha was already 1.5 months old. Initially we suspected cerebral palsy, so we did massages, gymnastics, swimming pool, wax therapy. Within 10 months, cerebral palsy, spastic diplegia was diagnosed. During this time, the baby could only hold his head and rarely turn around. Then we added the Voyta’s therapy, and we began to learn to crawl, stand with use of a support and walk a little.

There was a delay in mental development, but the child was energetic and interested in everything, responding to voice communication addressed to him. In the age of 2 his mental development almost disappeared, stimulation appeared (clapping hands, jumping on the couch, shaking head), problems with the digestive tract occurred (reflux), he did not sleep at night 3-4 hours, he lost eye contact . Autistic features appeared. What helped us? We used a gluten and cazein free diet, stopped adding sugar, eat fruits, eggs. We used enzymes and probiotics. In this way, we solved a problem with the digestive tract. At the moment Losha walks, but it still does not work completely well. We use hippotherapy as often as possible. The most difficult is to remove the stimulation and get the concentration.

Sensory integration and the Feldenkrais method help us in this matter. Because of the muscle relaxation and calming of the nervous system after these sessions, Alex could concentrate on the world and its cognition. Because my son does not speak, but he can still may show his emotions, pain through crying, it may be difficult to understand what exactly Alex wants now. I use observation of the child, his emotions, reaction to touch, so I learn to understand my child. It is very important to understand the body language the child uses and contact him through it. It takes a lot of patience and endurance.

1. Feldenkrais is different from other methods in my opinion, due to the fact that when working with a child / adult one does not apply the imposed movements / patterns as it is in physical therapy, massage or Voyta’s method. All movements are created specifically for the person and his or her problem.

2. Thanks to the movement system, my son is calmer, he no longer holds his breath, so it’s easier for him and he does not have to scream so much.

3. Due to the fact that periodically my son is calmer, he is more willing to contact the environment. This is a consequence of the calmness achieved and lack of disruption from physiological problems.