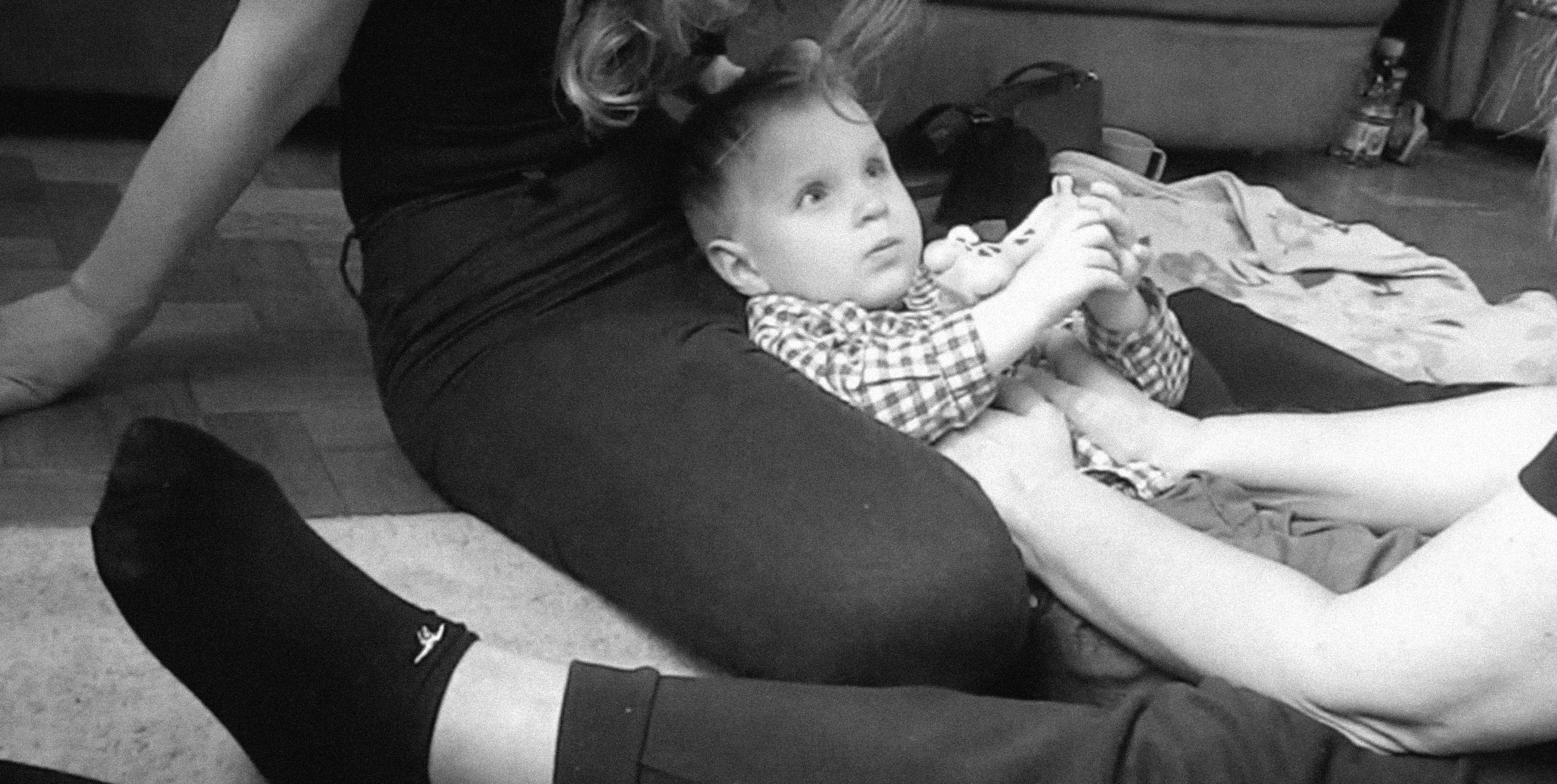 Makar It’s a story of his and his mom. She trusted intuition and first taught Makar to see the world with all his senses. How to look without seeing. Makar does not see with his eyes, but knows how to recognize the world with every cell of his Makarishness. It’s thanks to his parents. I remember one day, when Makar entered the room and said: ‘I smell a girl here.’ Our common lessons are primarily about Makar. For him the outside world is more unpredictable. I choose lessons for Makar to be more connected to himself. The body is not only a tool for recognizing, taming and naming the outside world, but also a home – a place where everything is recognizable and predictable. A place where you can protect yourself.

Similarly, I choose lessons for children with autism. Because that is what connects all – a greater degree of difficulty in seeing what is outside. So the lessons of oneself – but also for another body organization. Makar goes ahead into space he does not see – so he uses himself – protecting his head putting his chest forward. He takes the world on his chest. So the tension goes to this area of ​​the body, but not just it. The jawlock reflex increases – and thus the inside part of Makar is also subject to another tension. Above all, diaphragm. But also the muscles in the head. And arms, hands – they often become the eyes first. Lessons to better compensate better – so have better, fuller access to other senses.

I want to tell you our story about Makar. I was under medical observation during my pregnancy in Kiev. Pregnancy was normal. The birth was for 40 th week. Swift, the waters were dirty, double entanglement with the umbilical cord. Everything ended well. The child was rated on a scale of 8b out of 9. After 2 weeks, the baby began to cry very badly, he did not sleep well.

I got alerted at 1 month cause Makar did not focus his eyes. Intuitively I felt a fear in my heart, but he blinked in the sun, so I calmed down for another month. In 2 months I began visiting doctors. We were in Ohmatdet Clinic, where we received the first shock, they said that the baby would not see well. Then we were examined in the private ophtalmologic center by an ophthalmologist- microsurgeon. I was advised to apply to a center for children with lesions of the central nervous system, in which they found that there are motor disorders in connection with hypoxic- ischemic lesions of the central nervous system occurred in the perinatal period. The oculists have given us several diagnoses related to the damage of the optic nerve and the brain areas responsible for sight. They have examined his brain. They have found out a cyst of 2 mm (in a consequence of a hemorrhage), having told us that it would pass, a small hypostasis of a brain, the tonus raised. 10 days we gave him Tserokson, he became calmer. We examined the evoked visual potentials – the response was there, but with irregularities.     We were engaged in the program of the Bobat- therapist at home. At first there were improvements, sometimes he briefly focused on toys and grabbed them. At 9 months we were punctured with cortexin, after that the general development of the child was slightly improved, but the sight began to decrease. Since 4 months. He was hypertonic, his back arched. He passed two courses of massage, the result was there, but the head continued to be held a little to the side.     After the six months of Makarchik we moved to Vinnitsa. There they made him electro stimulation of the optic nerve twice, from which I did not see the result. In development, the baby was a little retarded, he ate poorly, his sleep was disturbed.

In 10 months. we met an osteopath. After the first time I saw a significant result: hypertonus was gone, the neck leveled, appetite improved, sleep improved, the child became calmer and had a leap in mental and physical development. After the next sessions the child got off my hands, began to crawl, he became interested in the surrounding world, nystagmus went away significantly. He began to walk at 1 year 3 months. After each session, I observed a jump in his development.     In 1 year 6 months. we began to study the Feldenkrais method. It was a great discovery for me. I reconsidered completely my approach to the treatment of my son, I calmed down. After the classes, I noticed that Makar began to navigate in space better, even became less nystagmus, there were jumps forward in mental and physical development. The Feldenkrais method is a method of better self- awareness. The main task of this method for Makar is to better understand himself in space, to realize that he has eyes and sight and that it will be easier for him to live if he uses them. In other words – to show the brain that he can SEE. I also realized that I myself can do this with my son and this can be mastered by everyone, the main thing is to want and understand that it is necessary. After all, the main ‘rehabilitators’ for the child are his parents.

Now Makar is two years old. He is very vivid, a great inventor, very attentive, diligent, already speaks a lot, tells simple tales, poems by heart, sings songs, composes his own, very musical. He is well oriented in space, outsiders do not even know that he sees so badly, although how he sees, I still can not say. Makar has a highly developed sensitivity, hearing and sense of smell.    I want to share my thoughts with you. Severe visual impairment or blindness on one hand is a big disadvantage for the development of the child, and on the other hand – this damage creates difficulties, in forward movement. But a great incentive is created for the compensation of the above, which aligns the child’s development and his behavior. And the most important task of parents is not to repair the broken ‘detail’ of the child, but to create the best conditions for its development. You need to learn to feel what the child wants. If you deal with the child through force, it will not lead to anything good. With all family we tried to deal with Makar in the form of a game, making him be interested in everything. We talked, sang, read, danced, whirled in space, did everything to make him feel better in his body. I constantly talk about the things around him, even those that can not be reached. I tell and show what and how I’m doing at that moment, he even helps me cook my soup)). The leading dancer in this difficult process of development must always be a child! Diagnosis: horizontal nystagmus, optic nerve hypoplasia, PONA and central amaurosis.