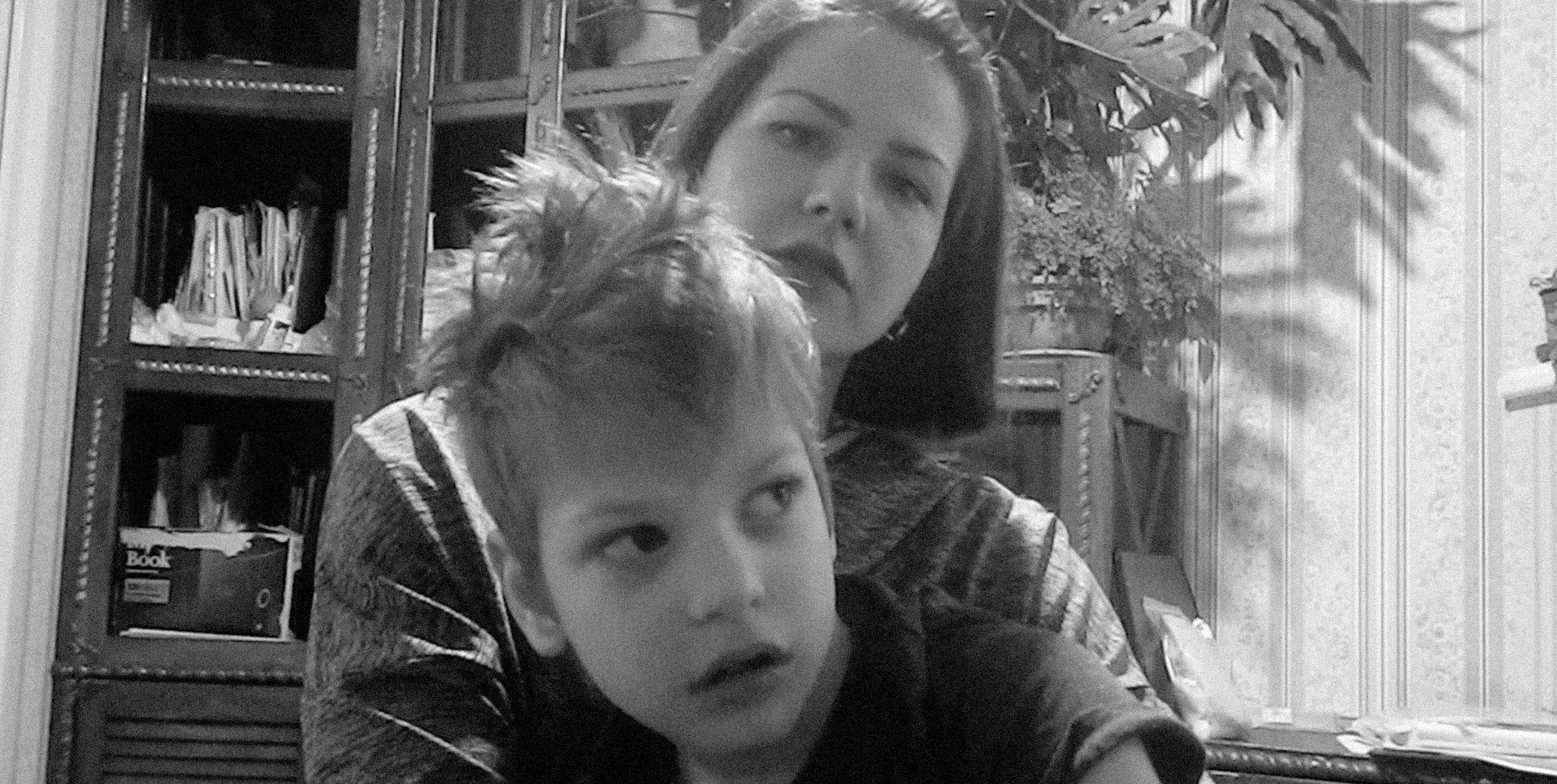 I do not yet have the sensitivity to allow me to communicate freely with Danushka. There are only premonitions, suppositions. I met him 3 years ago. He was then 4 years old. His favorite position was the embryo position with its head towards the floor. And he always came back to it as soon as someone tried to impose him on another position. . For months, years he remained in this position. He seemed to be withdrawn and indifferent to the outside stimuli. But his eyeballs worked under closed eyelids. Sometimes they were fast movements, independent of him, but usually it was a slow movement, sometimes stopped at one point – as if he was watching something. The brain itself created a stimuli for development? What kind of internal fabrication was that? Almost every lying position was available to him, but he felt good in this one. First I thought it was a need for security. Maybe. Now I think it’s largely a getaway from the light. Because Danya has a problem with light. He sees better when it’s dark. Then he opens his eyes and looks. A lot of lessons came before Dany decided to gradually leave his inner world and come back to us.

The first lesson is a conversation with sensory receptors. Touch instead of words. To feel himself and the world in which he is physically immersed. . The lesson was strange. As I moved the bones, I always started with the smallest possible movements I could make – and then I waited for his answer. Anything. Tension change, body fluctuation, change of pace of breath, everything was information whether we are going in the right direction. And what to change. Danya began to show its emotions. Show his existence. Gradually more and more. He signaled his willingness to roll … to move from embryonic position with his head down to the supported kneeling … sometimes tried to raise his head. Tongue, eyes, breath – diaphragm movement – these were our next lessons. How to organize his eyes, tongue and coordinate them with his breath so that his head does not fall down. So he can keep it when he’s emotionally ready to look at himself. Because Danya sees something we do not know what.

If there is light, he looks only through eyelid gaps. He prefers to keep his head down. When it gets dark, he raises his head and observes the world around him. A game with throwing objects to space in front of him. His favorite fun. Or maybe it’s not fun – just the lesson that he invented himself to understand time and space?

Learn and recognize what is before him – what he does not see. Space measured between the thrown object and the sound of falling down?

How to tame space so that Danya gets the courage to enter it. Because Danya can crawl, he theoretically can move, but he does not. And has a great need for communication. Not at the level of basic needs, but at the level of communicating about one’s own emotions. He is quite a rebel and sometimes he seeks ways to talk about it. These and other lessons Danya writes with his parents. They became his teachers. And he teaches them. .

My son Polkopin Daniil Sergeevich was born prematurely, at 33th week on February 3, 2010. Along with him, 11 other children were born. 9 of them died in the first three days. And my son was buried by doctors alive in the near future, every day, during the first month. I left hospital alone – without my child. He spent 21 days in the pressure chamber. Doctors, passing me my son, said that Danya is my cross for life. At 4.5 months he began to have epileptic seizures.

The doctors were very kind to me again, accusing me that I should have known that a child might experience epilepsy due to severe birth trauma. Seizures were often and for a long time, the whole family jumped from one medicine to another, and the doctors said that he was our cross. During the seizures, Daniil lost his sight, but the family did not know about it during the first 2 years of life. On his first birthday, there was no birthday cake. We were afraid to celebrate. Everything was bad. We treated our son, and the doctors buried him all the time. But we kept working. We were engaged in all kinds of rehabilitation, which we only heard about. And in the second year of his life we arranged our first birthday, although our son practically did not see anything and did not understand anything. Every second Daniil took medicine and practiced exercise therapy.

His diagnosis was as follows: Child’s diagnosis: cerebral palsy (bilateral hemiphlegia), persistent movement disorders, secondary microcephalism, delayed speech development, psycho, epileptic syndrome in remission. Subtrophia of optic nerves of both eyes. Amaurosis central origin. And on his third birthday we baked a magic cake. It was written on it – Danya sees, understands, sits, speaks. And the work in our lives have become even greater. I learned about Glen Doman’s system. It was very hard. They flashed him in the eyes, put a plastic bag on his mouth, making an oxygen masks, introduced a special diet, showed pictures and words … every 4 minutes something was done. For the year of work with Glen Doman, we were all very tired. But Danya began to see, and there were no more seizures, he began to understand others, and we understood him. We were in constant search for new methods of rehabilitation. If we left Danya alone for one hour, without treatment, we were tormented all night with our conscience that we were wasting time. So spoke all the doctors and rehabilitators.

Treatment must be exhausting, painful with cries and violent movements. I think the universe heard me, and one day I learned about the method of rehabilitation by Moishe Feldenkrais. From the age of 4,5 the life of Daniil began to change. Treatment by the method of M. Feldnenkrais differed from all that we did before. Firstly – it was not painful or scary. The child was not afraid to go to treatment, he knew that it was nice. He began to feel his body, became to see, talk, understand, sit better. Every time, he gradually discovers himself and his body. His body is spastic, especially his legs, but in treatment he can relax and feel his legs.

His recovery goes on in small steps. But in fact he suffered seriously. There are many new discoveries ahead. Feldenkrais entered into life of our entire family. We deal not only with our son, but also with ourselves, as well as with other children. And now I know that even ordinary physical education, can bring pleasure and benefit if you do it according to Feldenkrais. That is, slowly, to feel every movement. Where it starts and where it ends.